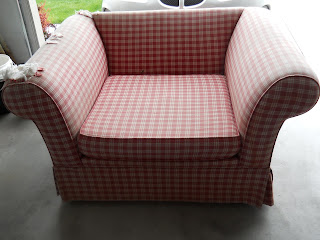 Remember this little puppy that I posted about MONTHS ago? Well it is finally done! It's actually been done for a while- everything except the back pillow, and I didn't want to post about it until it was completely finished. And now it is!! WAHOO! So I picked this up on the side of the road back in May... it had a lovely cardboard "FREE" sign on it- Jason was out of town, so
I decided to start a little project! Which actually turned out to be a rather BIG project. But oh well. I think in the end this ended up costing around $80 which was more expensive than I thought it would be, but WAY cheaper than it would be to buy it! So it's a win win. 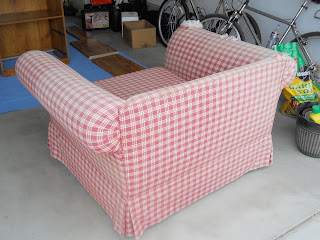 It took up my parking spot for a while- it was way too dirty and super STINKY, so I didn't take it inside until I was ready to put the new fabric on. 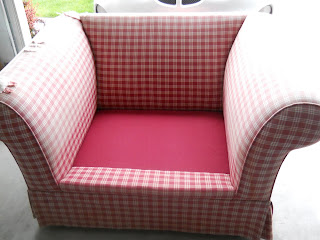 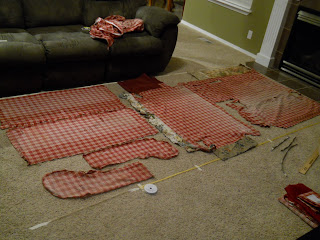 I read numberous blogs, tutorials, and DIY websites to make sure I did it right- but I don't think I could have done it without Jill! She is a DIY diva and I probably called her 100 times to get it right. She even mailed me her staple gun which was AMAZING! I love sisters :) 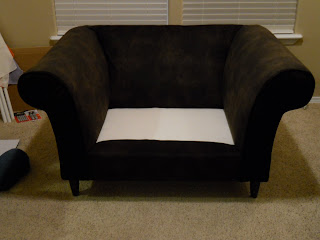 So this is pretty much what it looked like for a while... I just wanted to be done with it, but it still needed pillows for sure. 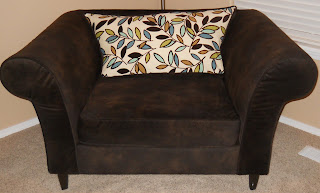 TA-DA! The back pillow was probably the most challenging part of the whole project, probably because it didn't have one before and I had to make it up. It turned out okay for a first timer. I'm just so glad to have it finished! (And I'm sure Jason is too! He's such a trooper!) Hooray for make-overs!


Now don't think I forgot to post about my guest bedroom makeover... it's not quite done yet either, but it's getting close!! Here's a little sneek peak! (And no, the headboard is not done in this picture.) 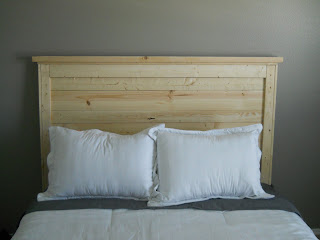 Looks great! Wow! Good job :) That fabric sitting on your floor looks so gross! Love the colors and fabric you chose.

Beautiful!! Way to go! How long did that take?? I have a loveseat I should really do but I think I'm too lazy and I'll just buy a slip cover :)
Don't be a stranger!!