THE TRUE FACES OF A RAYMOND :)

(now you know the real reason why jason & i haven't had kids yet... we fear what they will look like with those raymond jeans in his blood!!!)
Posted by Brook and Jason :) at 6:46 PM 7 comments:

This was my 10th year going to girls camp!! Man, that makes me feel old! So this year I went as the nurse and had a blast! Luckily nothing huge happened that I couldn't handle :) It was a week filled with bugs, no showers, mosquitoes, stinky outhouses, and I kid you not- nearly 3/4 of the girls were on there period that week! HOW DOES THAT HAPPEN??? We kept running out of "supplies" and spent about $115 total buying pads!!! Anyways, lets just say I gave out a TON of midol! Here's some pics...

As always, the week started with "THE RUNNING OF THE COWS" (Idaho style!) where this HUGE herd of cows gets moved up the mountain and goes right by our camp! This video gives you an idea of how loud they are- and I totally learned something new... cows CAN run! Every time I drive by a field of cows they look so lazy! But look at them MOOOOOVE! I totally under-estimated them! 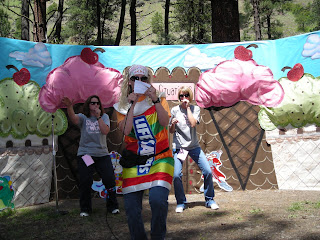 Our theme this year was "Sweet is the Work" (Hence the candy-land background) Every ward was assigned a different candy as their mascot/theme. So being the nurse, it only made sense that I was a LIFESAVER!! (Hence my awesome outfit). As the nurse, during the opening ceremonies- I have to go over a couple of ground rules to keep everyone safe... so I decided to make a rap song! It pretty much rocked- you'll have to call me if you wanna hear it :) 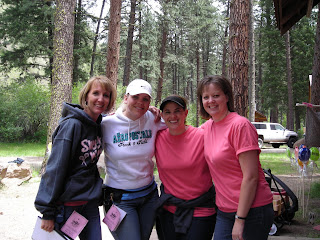 Amy*Brook*Karrie*Lacy
These were our incredible Stake Camp Directors! And they were lucky enough to be my roomies for the week! We had WAY too much fun together! 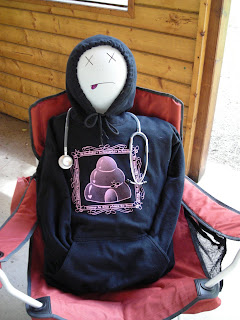 I had to teach a first-aid class that included CPR. So this was my dummy! I had all the girls make one so they had something they could actually practice on. 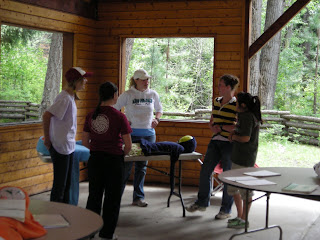 Me and my mad skills teach first-aid. 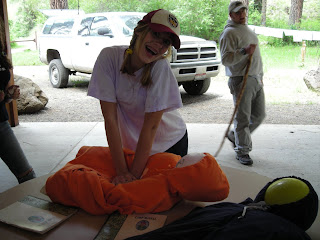 One of the girls (Taylor) doing CPR compressions... she saved a life! 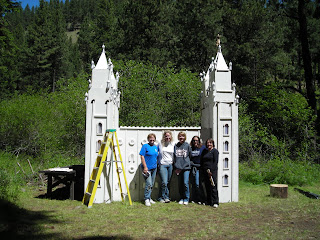 The night activity committee put a lot of hard work into making this temple. This picture, we were putting the last finishing touches on it. It was located in the very back of the campground where the girls were not allowed to go. And it was saved for the very last night during the faith walk which was at night time. 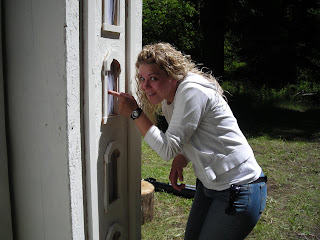 (Peaking inside the windows of the temple... hehehe) 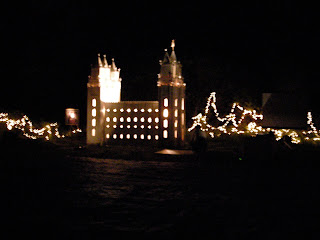 THE FINISHED PRODUCT!! Looks just like the real thing huh? Talk about going the extra mile! The whole faith walk was about going to the temple. There were 4 stations with different speakers that everyone went to that talked about different aspects of getting to the temple: repentance, having high standards, listening to the holy ghost, and preparing to go to the temple. After those, they walked down a path holding candles and passed through a lighted archway where their Bishop was standing and he would hand them their temple recommend. Then down at the end of the path was our replica of the Salt Lake Temple! It was an incredible night, and everyone could feel the spirit so strongly. What a way to end the week!
Posted by Brook and Jason :) at 12:21 PM 5 comments: