For the fourth of July, we went over to my sister-in laws, sister's house. (did you get that?) We had a blast! There was a delicious barbeque and TONS of food! Plus we put on our very own and very LEGAL fireworks show!! Gotta love those shooting fountains!! 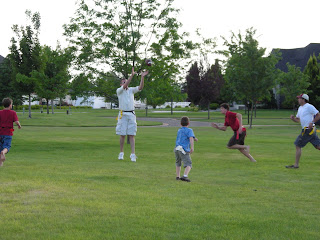 Don't ask me how they played flag football on totally FULL stomaches! See Jason's harsh competition? It was an INTENSE game!! :) 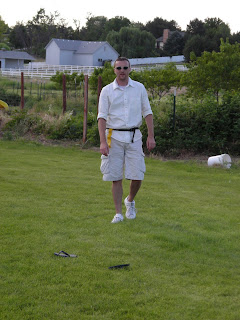 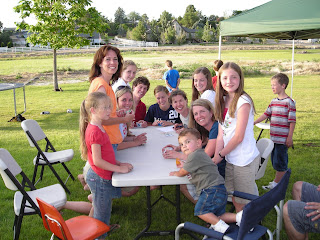 While the guys were playig flag football- the rest of us played WACKEE 7. But it was just as much- if not more- of a workout!! With some hard core concentration baby! 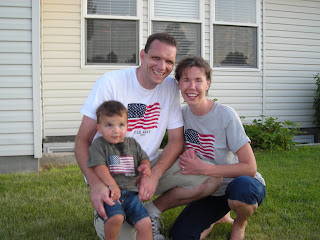 Braden, Jared, and Joy- my inspiration for matching Fourth of July shirts! 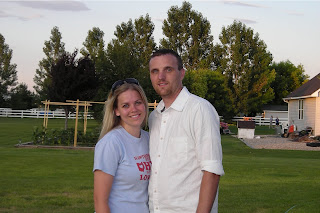